Today Christ is born, Alleluia! Merry Christmas to all from Roman Catholic Identity!

Your eternal Word has taken upon himself our human weakness,
giving our mortal nature immortal value.
So marvelous is this oneness between God and man
that in Christ man restores to man the gift of everlasting life.
Christmas Preface III

And from the Catechism, a brief reflection on why the Incarnation is significant to us:

I. WHY DID THE WORD BECOME FLESH?

456 With the Nicene Creed, we answer by confessing: “For us men and for our salvation he came down from heaven; by the power of the Holy Spirit, he became incarnate of the Virgin Mary, and was made man.”

Sick, our nature demanded to be healed; fallen, to be raised up; dead, to rise again. We had lost the possession of the good; it was necessary for it to be given back to us. Closed in the darkness, it was necessary to bring us the light; captives, we awaited a Saviour; prisoners, help; slaves, a liberator. Are these things minor or insignificant? Did they not move God to descend to human nature and visit it, since humanity was in so miserable and unhappy a state? (St. Gregory of Nyssa, Orat. catech 15: PG 45, 48B)

458 The Word became flesh so that thus we might know God’s love: “In this the love of God was made manifest among us, that God sent his only Son into the world, so that we might live through him.” (I Jn 4:9) “For God so loved the world that he gave his only Son, that whoever believes in him should not perish but have eternal life.” (Jn 3:16) 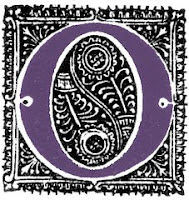 December 23
O Emmanuel: “O Emmanuel, king and lawgiver, desire of the nations, Savior of all people, come and set us free, Lord our God.” Isaiah had prophesied, “The Lord himself will give you this sign: the Virgin shall be with child, and bear a son, and shall name him Emmanuel.”  source 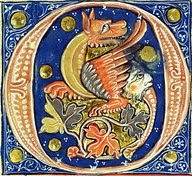 December 22
O Rex Gentium: “O King of all the nations, the only joy of every human heart; O Keystone of the mighty arch of man, come and save the creature you fashioned from the dust.” Isaiah had prophesied, “For a child is born to us, a son is given us; upon his shoulder dominion rests. They name him Wonder-Counselor, God-Hero, Father-Forever, Prince of Peace.” (9:5), and “He shall judge between the nations, and impose terms on many peoples. They shall beat their swords into plowshares and their spears into pruning hooks; one nation shall not raise the sword against another, nor shall they train for war again.” (2:4) .  source

December 21
O Oriens: “O Radiant Dawn, splendor of eternal light, sun of justice: come, shine on those who dwell in darkness and the shadow of death.” Isaiah had prophesied, “The people who walked in darkness have seen a great light; upon those who dwelt in the land of gloom a light has shown.” (9:1). 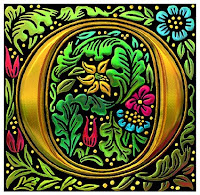 December 20
O Clavis David: “O Key of David, O royal Power of Israel controlling at your will the gate of Heaven: Come, break down the prison walls of death for those who dwell in darkness and the shadow of death; and lead your captive people into freedom.” Isaiah had prophesied, I will place the Key of the House of David on His shoulder; when he opens, no one will shut, when he shuts, no one will open.” (22:22), and “His dominion is vast and forever peaceful, from David’s throne, and over His kingdom, which he confirms and sustains by judgment and justice, both now and forever.” (9:6).

As anticipated, Pope Benedict XVI promulgated decrees presented by the Congregation for the Causes of Saints–21 in total.  Pope John Paul II  and a surprise–Pope Pius XII. 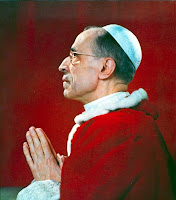 I blogged about the process toward sainthood so for a quick review click here. 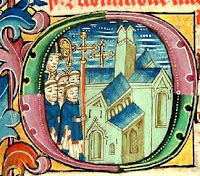 O Adonai: “O sacred Lord of ancient Israel, who showed yourself to Moses in the burning bush, who gave him the holy law on Sinai mountain: come, stretch out your mighty hand to set us free.” Isaiah had prophesied, “But He shall judge the poor with justice, and decide aright for the land’s afflicted. He shall strike the ruthless with the rod of his mouth, and with the breath of his lips he shall slay the wicked. Justice shall be the band around his waist, and faithfulness a belt upon his hips.” (11:4-5); and “Indeed the Lord will be there with us, majestic; yes the Lord our judge, the Lord our lawgiver, the Lord our king, he it is who will save us.” (33:22).
source

Remember This Is Advent

This is a pretty good video and a valuable message.

Year of Evangelization: One Soul at a Time

Yesterday began the Diocese of Providence’s high profile and very professional media outreach program called “Catholics Come Home.” These television ads will appear 1113 times and reach 98% of Rhode Islanders an average of 26 times.  The aim of the media campaign is to speak directly to inactive Catholics, inviting them to return to the Church. Considering 73% of self-identified Catholics are not regular participants at the Holy Mass, this is a large target audience.  The experience of this program across the country has achieved great success, bringing thousands back into the fold.  In October Bishop Tobin kicked off a “Year of Evangelization” with an Evangelization Congress at Providence College.  The focus of the congress was outreach and preparing parishes for welcoming the anticipated great numbers of people targeted by the media campaign.

On the Second Sunday of Advent Bishop Tobin requested that his pastoral letter on The Year of Evangelization be read from the pulpit of every church in the diocese–first request of this kind in his five years in Providence.  “The fact that I’m doing so today indicates the importance of a new initiative in the Diocese – namely, our Year of Evangelization.”

“There are moments in history that call for a renewed emphasis on evangelization, and I am convinced that we are currently living in one of those moments. Because of the internal challenges the Church has faced in recent years, and because we live in a very secular, even atheistic age – an age “without God” – the Church has both an urgent need and a special opportunity to strengthen our faith and to share it with others.”

In the letter the bishop indicated three purposes for the Year of Evangelization:

and three recommended ways of participation: 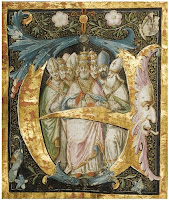 Working backwards, the first letter of each title forms the Latin acrostic Ero Cras, “Tomorrow I will come”.  We echo Isaiah’s prophecy and the Messiah answers.

O Sapientia: “O Wisdom, O holy Word of God, you govern all creation with your strong yet tender care. Come and show your people the way to salvation.” Isaiah had prophesied, “The spirit of the Lord shall rest upon him: a spirit of wisdom and of understanding, a spirit of counsel and of strength, a spirit of knowledge and fear of the Lord, and his delight shall be the fear of the Lord.” (11:2-3), and “Wonderful is His counsel and great is His wisdom.” (28:29).

Bishop Evans Ordained Auxiliary Bishop of Providence: "I entrust myself to your prayers."

It is a great day for Providence.  Today Bishop Robert C. Evans was ordained at the cathedral of Sts. Peter and Paul by his North American College classmate, Bishop Thomas Tobin.  The diocesan clergy was out in force, as were numerous prelates from New England and beyond (more than 25).   Geographically small but numbering over one million Catholics, Providence has a lot of purple.  Bishop Evans joins retired bishop and co-consecrator Gelineau, retired Bishops Mulvey, Boland OP, Roque, Abp. Pearce, SM–all residing in Providence, and will be one of seven living native sons of the Diocese of Providence to be named Successor to the Apostles: co-consecrator Bp. Matano (Burlington), Bp. McManus (Worcester), Boland (ret), Roque (ret), Riley (ret), Angel (ret).  As usual, the Gregorian Concert Choir under the direction of Msgr. Anthony Mancini was outstanding.

62 year old Robert Evans was born in Moultri, Georgia but grew up in the Italian enclave of Federal Hill in Providence, where churches, fountains and fine Italian restaurants still define the neighborhood.  From public elementary school he graduated from Our Lady of Providence Seminary High School, earned a B.A. in Philosophy from Our Lady of Providence College Seminary, was assigned to the Pontifical North American College in Rome, received an S.T.B. from the Pontifical Gregorian University, an S.T.M. from the Pontifical University of St. Thomas Aquinas at the Angelicum, and later returned to the Greg for an S.T. L. in Canon Law.

Bishop Evans brings a broad depth of experience, from assistant pastorates, hospital chaplaincies, secretary to Bishop Gelineau, Vice-Chancellor, Chancellor, priest’s personnel director, director of the Institute for Continuing Theological Education and faculty member at the North American College, Secretary at the Apostolic Nunciature in Washington, DC, and most recently pastor.

Final remarks included a public pledge of fidelity to the Holy Father by the newly ordained, and a few memorables from Bishop Tobin, (referring to Bp. Evans) “He is certainly a better dressed bishop…I can borrow things now”, “The kid from Federal Hill did well!”, and “This is my first episcopal ordination…I feel like a proud papa!”.  We wish Bishop Evans God’s blessings on his new role as shepherd.  Ad multos annos!

Here are some more pictures from the ordination…sorry for the poor quality as they are live feed shots.