The Uniquely Catholic Approach to the Global HIV Pandemic 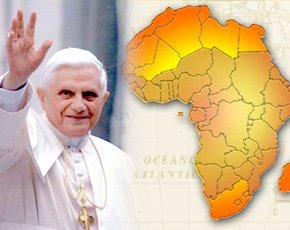 A lot of ink has been devoted to the Catholic Church’s unwavering prohibition on condom use, particularly in AIDS ravaged Africa.  In fact, Pope Benedict’s historic visit to Cameroon back in March of ’09 was overshadowed by the following response to reporters on the plane ride there:

“You can’t resolve it with the distribution of condoms,” the pope told reporters aboard the Alitalia plane heading to Yaounde. “On the contrary, it increases the problem.” (Huffpo)

A maelstrom of ‘controversy’ dominated the media, with some pundits going as far as accusing the pope of killing Africans.  In his recent article, George Weigel wrote about the Vatican’s decision not to reappoint Lesley-Anne  Knight for a second, four-year term as secretary general of Caritas International, a global network of 165 Catholic agencies working primarily in the Third World on development and health-care issues.  Worth reading in full, following is an excerpt which offers the best perspective on the Catholic position of condoms and AIDS:

This entry was posted on March 30, 2011 by catholicid. It was filed under Contraception, George Weigel .